This week’s cartoon requires a bit of explanation to those not from Sooke. We recently had our city council elections. The two mayoral candidates took to the road with banner-waving campaign (reflected in some of my earlier cartoons). Wendal Milne won by a landslide. And what really shocked me was that after the election, Milne once again took his team to the roadside, this time waving “Thank You” banners. I think it was the first time I’ve ever noticed a politician thanking the people in such a grass-roots manner.

Gone political at the Sooke News Mirror. Let them know that you appreciate their choice in Cartoonists!

This week’s editorial cartoon in the Sooke News Mirror (what a bunch of smarties to publish local talent!! Yay to them!)

Yes, dammit, the typo is intentional. Why is it that I am often alone in finding my jokes funny? It’s funny because the congestion is to the left, due to the light changing for a single left-hand-turning vehicle, yet the politicians are looking to the right AND focusing on a pedestrian. Surely others got it. Sooke News Mirror missed posting my cartoon online last week, but it did make it to press. This week’s cartoon:

Okay, so it didn’t make the electronic newspaper, but it did make the print copy. Man we’re long-winded out here in Sooke!! No word of lie, some letters run for columns. I read the first three sentences. If they haven’t made their point by then, they really should take a writing class. Sheesh! 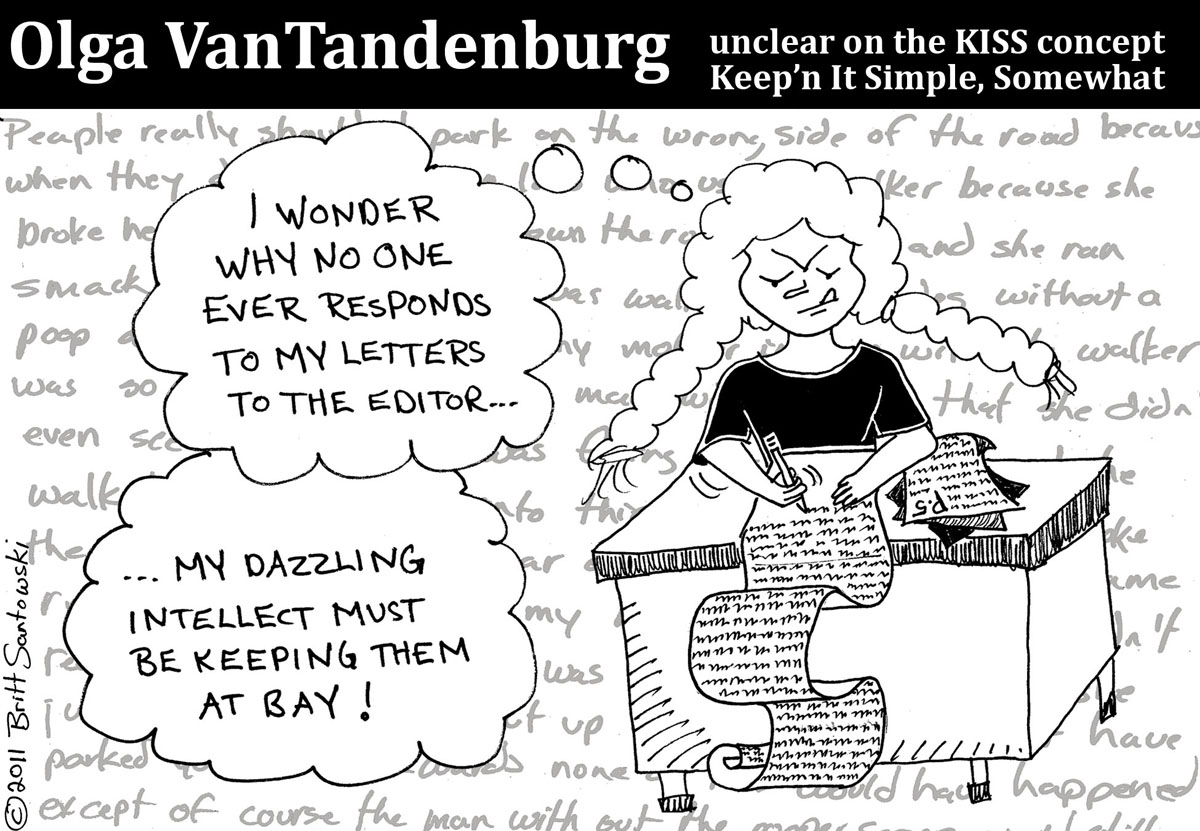 Britt gets a gig at the Sooke News Mirror doing cartoons! First one is out today. Okay, so they spelled my name, errr, uniquely. So it’s Broitt, instead of Britt. Oh well. At least they nailed OVT to their payroll!

As a woman, I find it very embarrassing to be in a meeting and realize I'm the only one in the room with balls.
Rita Mae Brown
Joe's