This whole thing has me furious. Yep, I’m wearing my feminist/socialist panties again…

Bottom line, is that we need to CHANGE our PASSIVE BYSTANDER mentality. All these beautiful people coming out of the woodwork now. Where in HELL were they when they were needed? Where was the peer interventions when it could have made a difference. Not just for Amanda Todd but for the whole schwack of others who are committing suicide because of bullying.

The schools/society-at-large are too frightened to stop the bully. Why? to oversimplify, it’s because it’s the bullies who run the place. (Funny watching Christy Clark speak on bullying!) From politicians to banks to pharmaceuticals, we’re a worn down group of people.We need to teach INTERVENTION to our kids. How? By becoming interveners ourselves. We do this by VOTING. We do this by consciously speaking out against abuse/bullying/rape when we KNOW that friends of ours are doing it. We practice using our VOICES.

I remember watching a kid getting bullied at a bus stop, after work, when there were HUNDREDS of adults around. This one kid with a skateboard was being harassed by two older bigger kids. All I had to do was offer to wait for the buss with this kid. No one else had the balls. The bullying stopped, at least in that moment. And those three kids knew someone was watching AND willing to act. STEP UP folks. Ain’t no time like the fucking present. 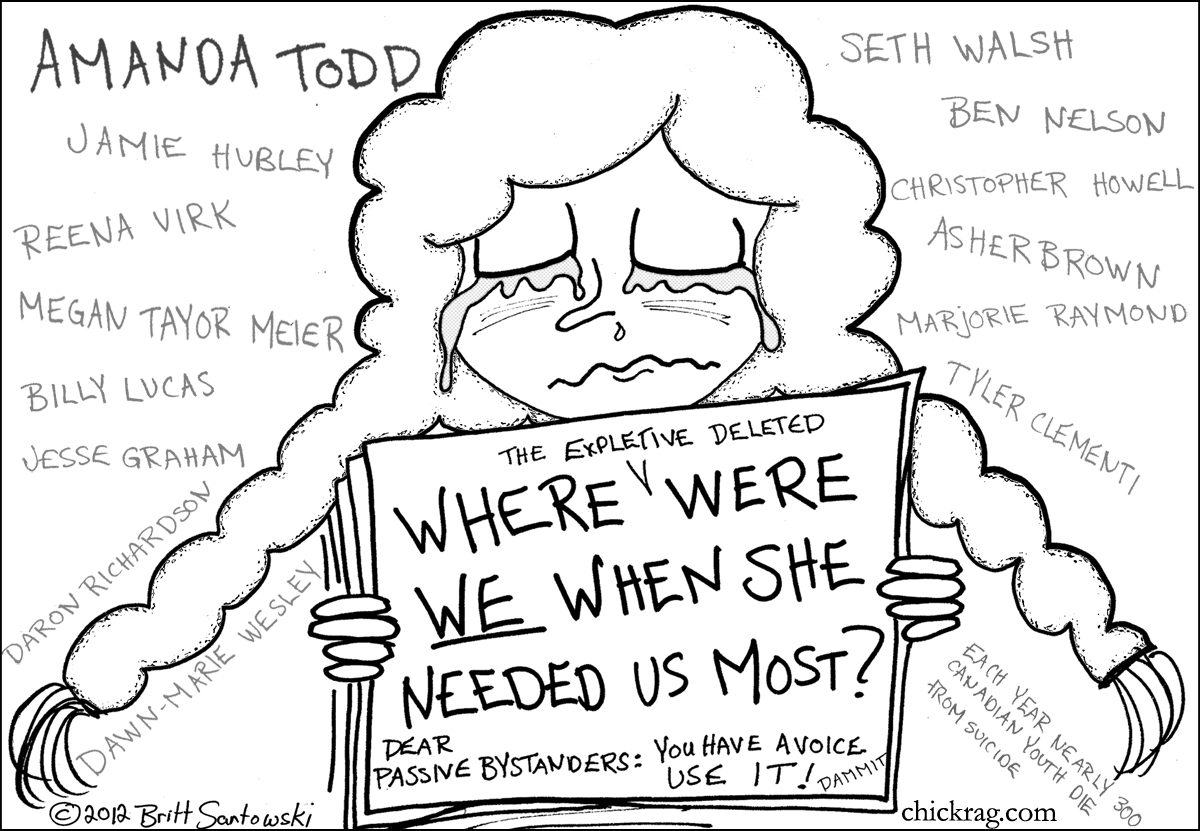 Ten things I want to say:

Recent studies show that there’s an equal split between bully, bullied and bystander. Holding one-third of the power, the bystander can make a world of difference. Isn’t it time we started acting accordingly?

The especial genius of women I believe to be electrical in movement, intuitive in function, spiritual in tendency.
Margaret Fuller
Joe's